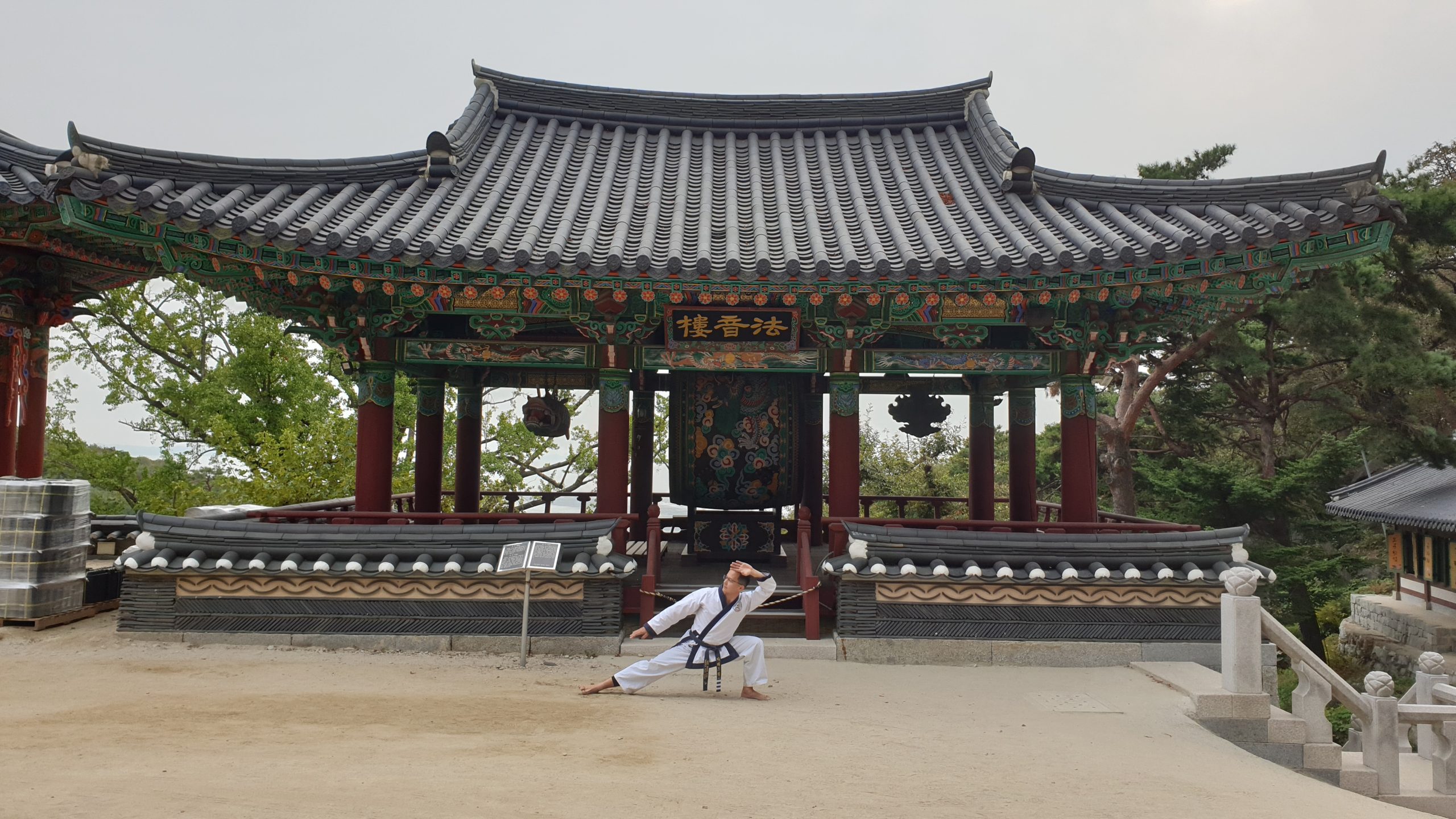 Soo Bahk Do translates literally as ‘hand strike way’ or ‘way of the striking hand’ and can be traced back over 2000 years to the Ko Ku Ryo Dynasty and the Hwarang Warriors in ancient Korea.  As a traditional martial art, the purpose of Soo Bahk Do is “to develop every aspect of the self in order to create a mature human being who totally integrates intellect, body, emotions, and spirit“.  The style balances both hard external techniques (Weh Gung) and soft internal movements (Neh Gung) to create a balanced and harmonious self-defence style, suitable to all ages and fitness levels.

What makes Soo Bahk Do unique is its versatility and philosophy. Throughout the centuries, Korea has been attacked and invaded many times and thus Soo Bahk Do became versatile out of necessity.  This has resulted in an art that demands mastery of the whole body, not just kicking and punching.  The challenging techniques taught range from fast and spontaneous to slow, graceful flowing movements that not only give variety but challenge students at all levels.  Soo Bahk Do is an art, not a sport, and great emphasis is placed on the fact it is non-competitive.

“The martial arts of Korea are some of the most ancient known to man (no doubt owing to her close proximity to China), generally thought to have originated during the ‘Three Kingdoms’ period over 2000 years ago.  It was then that an elite corps of young aristocrats (the Hwa Rang Dan) renowned for their martial skills and code of ethics, inspired the people of Silla to unite and overthrow the kingdoms of Koguryo and Paekche thus uniting the Korean peninsula for the first time.  Also during this period, the primitive art of self defence called Soo Bahk Ki (foot and body fighting) was combined with the warrior principles of the Hwa Rang Dan, and the traditional art of Soo Bahk Do was the result.  Later, Soo Bahk Do merged with other combat forms, and shortly after World War II, these were the techniques from which Grandmaster Hwang Kee would develop modern day Soo Bahk Do.”

“The basic purpose for training in Soo Bahk Do is not to injure the enemy, but instead to develop a person who is more advanced in both the mental and physical aspects of life.  It is based on the various nature principles of Oriental philosophy.  This kind of concept contributes to peace and happiness for all mankind.”

Excerpt from an interview by Alan Sutton of Hwang Kee and HC Hwang, ‘Inside Kung Fu’, May 1975